I want to share a beautiful testimony with you about the work Yahweh has done in my life and the life of my family recently.
Over the better part of the last four years, our eyes have been opened more each day to see the lies that we have inherited from our forefathers (Jer. 16:19) and Yahweh showed us HIS ways which are not our own (Isaiah 55:8). Our son Dalton was born 3 years ago at home. We never had him circumcised. David wanted it done so that our son would “look like him.” I was against it. He was made perfectly in my opinion and I just couldn’t bare to put him through the pain. I had read the scriptures and knew what they said about circumcision and how important it was…

Genesis 17:9-14 ;24-27And Elohim (most high God) said unto Avraham, you shall keep my covenant, you, and your seed after you in their generations.

This is my covenant, which you shall keep, between me and you and your seed after you; Every male among you shall be circumcised.

And you shall circumcise the flesh of your foreskin; and it shall be a token of the covenant between me and you.

And he that is eight days old shall be circumcised among you, every male in your generations, he that is born in the house, or bought with money of any stranger, which is not of your seed.

He that is born in thy house, and he that is bought with thy money, must needs be circumcised: and my covenant shall be in your flesh for an everlasting covenant.

And the uncircumcised male whose flesh of his foreskin is not circumcised, that soul shall be cut off from his people; he has broken my covenant.

And Avraham was ninety years old and nine, when he was circumcised in the flesh of his foreskin.

And Ishmael his son was thirteen years old, when he was circumcised in the flesh of his foreskin.

In the selfsame day was Avraham circumcised, and Ishmael his son.

And all the men of his house, born in the house, and bought with money of the stranger, were circumcised with him.

That passage is black and white, right? Not much gray area. However, I used the Brit Hadashah (new testament) to support my reason for disobedience.

For he is not a Jew, which is one outwardly; neither is that circumcision, which is outward in the flesh:

But he is a Jew, which is one inwardly; and circumcision is that of the heart, in the spirit, and not in the letter; whose praise is not of men, but of God.

Isn’t Shaul (Paul) saying that I don’t have to circumcise my son in the flesh because now it is a matter of the heart? I cried out that Yahweh would bless my son even though I had not acted in accordance to the commandment. He was speaking to my heart all along. The fact was that I wasn’t really sure what I believed. Dalton was born right in the middle of our first year of seeking truth against what we had been taught all our lives. The first hurdle was trying to figure out just where we fit in to the kingdom knowing that we were not jewish…we began to see that Judah (jews) makes up but one tribe of Israel! So even if we are not Jewish, we are still a child of Elohim being grafted in… (much more to share here but that will be another post)

Romans 11:17 “…But some of these branches from Avraham’s tree–some of the people of Israel–have been broken off. And you Gentiles, who were branches from a wild olive tree, have been grafted in. So now you also receive the blessing YHWH has promised Avraham and his children, sharing in the rich nourishment from the root of YHWH’s special olive tree.”

So if we are grafted in and joint heirs then we must abide by the covenant terms. I understood all of this but needed to understand Galatians because it sure was contradictory of keeping Torah, or was it?

Galations 5:3
“And I testify again to every man who receives circumcision, that he is under obligation to keep the whole Law.

But I thought we were not under the law anymore because we are free? (gal 5:18) What a horrible misunderstanding! The freedom we have is being saved completely by grace through faith in Yahshua our Messiah, just as Abraham was saved prior to circumcision by faith. Yet he later was circumcised, not for salvation though, but out of obedience, like immersion, mikveh, baptism!!!

I began to study about Shaul/Paul. Shaul wrote a letter to the Galatians because they were gentiles, who came to faith in Messiah, and they were learning to walk in Torah, and eventually they started to believe that they were saved by keeping Torah!!! Shaul sets them straight in Chapter 3. He even asks them if they received the Ruach/Spirit by the works of Torah, or by the hearing of belief/faith. He was a Jew and said that he still proclaimed circumcision: Galatians 5:11! but not if you are being circumcised to be saved!!!

Yahweh began to teach me that these passages from Romans and Galatians are not telling His people not to circumcise, they are simply sharing the message of love and looking at our hearts. What is the condition of our hearts which is where our Father is looking. To sum it all up, Shaul is saying “serve Yahweh with your heart. Walk Torah from your heart because you love him and then go get yourself circumcised in obedience!”
Shaul goes on to say that Torah is summed up in one phrase, “you should love your neighbor as yourself” (Gal 5:14). Want to know where he got that? from the TORAH…Leviticus 19:18! Shaul kept Torah!

It became very clear to me that I needed to act on this knowledge. All this time, David was silent about the issue which is exactly what Father wanted so that HE alone would get the glory for changing my heart. It was no different when my heart was being changed to honor and keep Sabbath and appointed times and my husbands heart wasn’t there yet. I had to pray and trust that the Father would do a work in my David’s heart to give me confirmation. It is a beautiful thing when we remove ourselves from the picture allow the God of all to receive the glory! HalleluYAH!

All this being said, our sweet son was circumcised last Friday just before the Sabbath. There was much peace going into this. We had tried our best to explain to Dalton what was going to happen. On the day of the surgery and before they took him into the operating room for the 30 minute procedure I sang the Aaronic blessing over him. There was a calm, peace that filled the room. My tears were rolling down my face and I will never forget my little boy, who was sliding in and out of consciousness from the medication, lifting up his finger and he ran it down my face to dry my tears. It sounds strange but in my heart I felt my Fathers touch in that moment. I felt him touch my heart.

We have had many opportunities to share with our children about how important it is to obey even when we don’t understand and even when it hurts. I didn’t want my son to be in pain and to be the one to have to put him through this. I give the glory to my King for being patient with me as He always is! He is so good and worthy of all our praise and obedience!!

Dalton was three during his procedure. He had an amazing recovery. In fact he was riding his tricycle the very next day. Halleluyah!

« Does God care about what we eat?
Sabbath »

Hey Ya'll! I'm Stephanie, married to my best friend and Army Veteran husband for 24 years, homeschooling and raising our tribe of 7 blessings. After living and traveling the country for almost 5 years in our RV we are enjoying our fourth year on our beautiful homestead in rural Alabama where we continue to cultivate a lifestyle of wholehearted ancient path living. I have a passion for home, faith, and family and enjoy sharing our journey through homesteading, family life, serving, faith, homeschooling, home decor, healthy living, and so much more. Thank you for joining me on the journey. I pray we are an encouragement and that you'll be blessed and return often.

Stay up to date 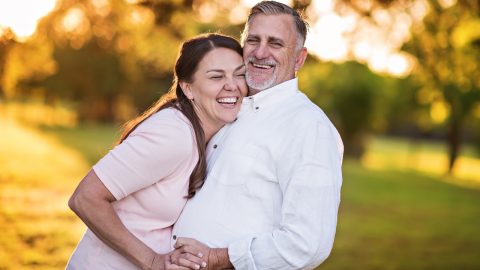 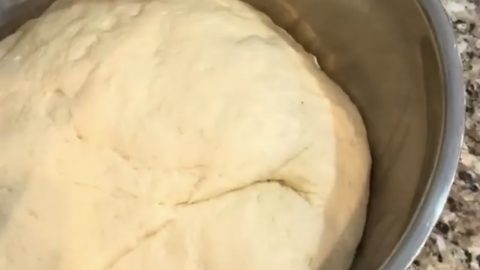 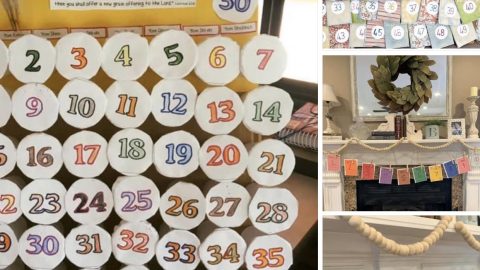 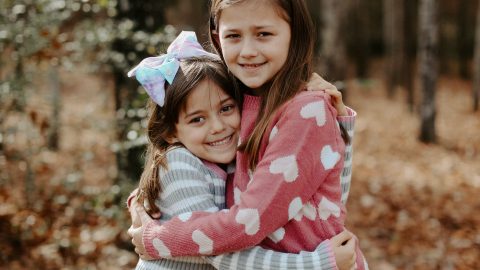 Hey Ya'll! I'm Stephanie, married to my best friend and Army Veteran husband for 24 years, homeschooling and raising our tribe of 7 blessings. After living and traveling the country for almost 5 years in our RV we are enjoying our fourth year on our beautiful homestead in rural Alabama where we continue to cultivate a lifestyle of wholehearted ancient path living. I have a passion for home, faith, family, and serving and enjoy sharing our journey through homesteading, family life, faith, homeschooling, home decor, healthy living, and so much more. Thank you for joining me. I hope you'll be blessed and return often.

Look at my babies! Ready for another year! Rebekah

Our Victoria Grace is getting married to the man o

Another milestone day. Took the girls for their li

Beginning our 19th year of home learning next week

Isn't this set so beautiful? Back in January of 20

He’s home!! After 11 months of serving in Jerusa

You are loving, you are sweet, you are patient, yo

This error message is only visible to WordPress admins